FIDE Chess Olympiad 2022 will be held in Chennai, Tamil Nadu, India. The announcement was made at an event in Chennai on Wednesday (30 March 2022) afternoon, following that the FIDE Council had ratified Chennai’s bid on the night prior. 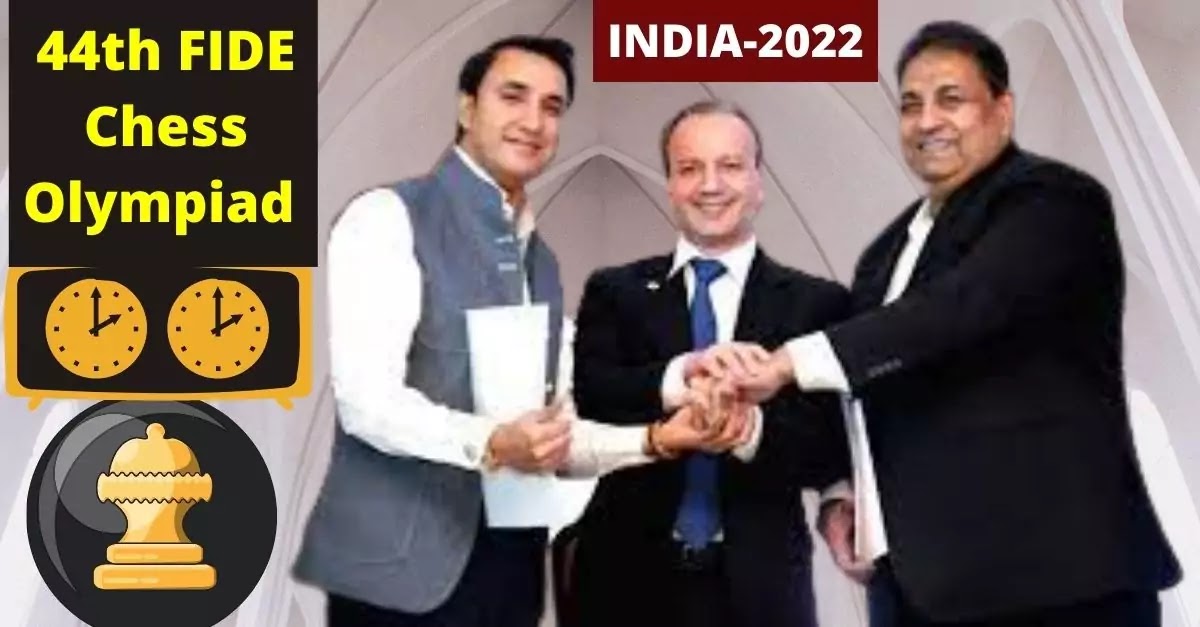 Dated 1 April 2022, on Friday, a huge function was organized in the capital of India, Delhi, which the current President of the International Chess Federation (FIDE), Mr. Arkady Dvorkovich, attended. He handed over the hosting rights of the World Chess Olympiad to be held in 2022 to the All India Chess Federation (AICF).

On behalf of India, AICF President Dr. Sanjay Kapoor and Tournament Director Mr. Bharat Singh Chauhan were present. The presence of the great Viswanathan Anand, a five-time World Chess Champion and Indian legendary Grandmaster, made the event even more spectacular.

The World Chess Olympiad has been organized in different countries since 1927, but this will be the first time India will host it. Along with this, it was not organized in Asia for the last 30 years. In this, 2200 chess participants from 180 countries will challenge to win the title.

This is the 44th edition of this Olympiad, held since 1927. The tournament was scheduled to take place in Moscow and Khanty-Mansiysk but was moved outside Russia due to the Russo-Ukraine War. The World Chess Olympiad has never been held in India before, but finally, this long wait is over, making the whole of India feel very happy and proud.

It will be organized from 28 July to 10 August 2022 in Chennai, the beautiful and modern capital of the state of Tamil Nadu, located in the country of India. Chennai is the venue that hosted the 2013 World Chess Championship, and Magnus Carlsen defeated Viswanathan Anand to be crowned world champion for the first time.

The venue is the convention center at The Four Points by Sheraton, situated in the Mahabalipuram region, which is one of the major tourist spots in the southern part of India. 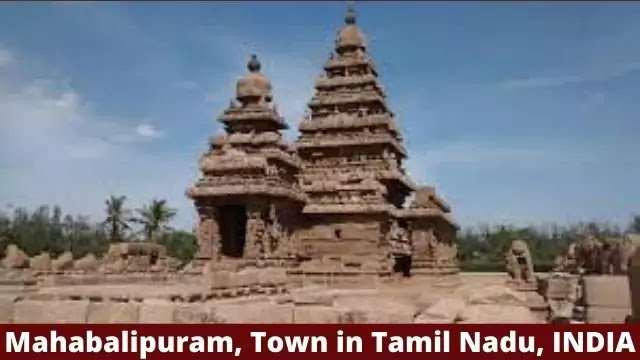 The city is located within the Bay of Bengal in eastern India Chennai, a city with 7 million residents, is home to the famous World Champion Viswanathan Anand, the first Grandmaster to come from India.

The chess culture of Chennai extends even further since it was the initial Indian player to earn an International Master title. Manuel Aaron was also born there.

The current state of affairs in the world, where Russia is occupying Ukraine, has resulted in FIDE deciding not to participate in this year’s World Chess Olympiad 2022 in Moscow. This Olympiad is the largest Chess event around the globe, with more than 190 nations taking part in it.

It wasn’t easy to plan the event with only five months left. Then, India has come forward, and the All India Chess Federation has offered to host an Olympiad 2022 across the nation. The cost for hosting the event will be around 75 million (10 million dollars).

But, AICF is confident that it can pull off, with two cities already showing interest to help fund and host the event. World Chess Champion Vishy Anand, who is an Indian local of Chennai, has been an avid supporter of the bid.

The event was planned to take place in Moscow however the conflict in Ukraine prevented that from happening.

The exact times will be released in several days, but the Olympiad will be held in August and July, “not very far off from the dates originally planned,” according to FIDE. The initial dates were June 26 to August 8, 2022.

The International Chess Federation announced its decision to cancel it would not host the 44th Chess Olympiad, one of its most popular tournaments, which would not be taking the place of Russia. The championship, which saw teams representing 190 nations play for two weeks, was originally scheduled in Moscow between July 26 and August 8.

It is the first time the Olympiad has been held in India. Bharat Singh Chauhan, the Secretary of the All Indian Chess Federation and the tournament’s director, called it a “historic press conference” and a “big moment for all of us.” He noted the speed at which all the events took place, beginning from when FIDE decided to postpone Moscow until Chennai was confirmed.

Dr. Sanjay Kapoor, the President of the AICF and the chairman of the committee that organizes it, said that Chennai is “the Mecca of chess in India” and added that it was a “matter of pride” for Chennai and Tamil Nadu to have the Olympiad. 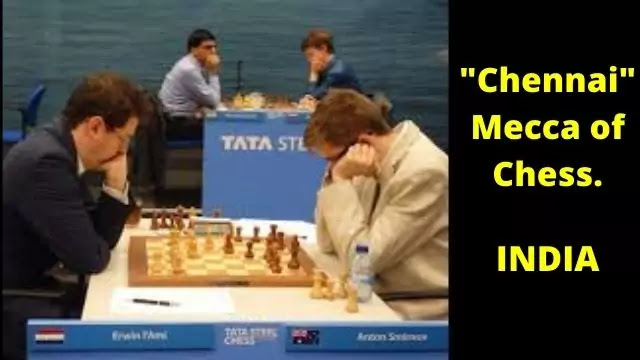 The venue is at the Four Points by Sheraton Mahabalipuram Resort & Convention Center, 60 km from central Chennai. It is situated in Mamallapuram, one of India’s most well-known tourist spots, and it is a UNESCO World Heritage Site of seventh and eighth-century Hindu monuments.

It is located situated in the Bay of Bengal in the southeast Indian state known as Tamil Nadu. Chennai has the famous 15th World Champion, Viswanathan Anand, among its seven million residents, along with the promising rising star GM Praggnanandhaa R.

The chess history of Chennai is even older because it was the initial Indian player to earn the title of master international, Manuel Aaron, who also was born there. This is the first time there is an Olympiad in India and will be the biggest Chess tournament Chennai hosts following the world championships held between Anand and the GM Magnus Carlsen.

However, the gold medals given to the rising powerhouse of chess in India were widely praised and even by Indian PM Narendra Modi.

This resulted in FIDE finding a last-minute venue for one of the most challenging and costly of all tournaments in chess, but fortunately, it was at this point that India came into the picture.

The chess industry has seen a massive boom, been witnessed in India change from having just Vishy Anand, a grandmaster, to having 73 grandmasters within a couple of decades, with India already ranked 4th in the chess associations (behind Russia, USA, and China) even before its young stars have yet to realize their potential.

The last all-inclusive Olympiad, the 43rd edition, was held in 2018 at Batumi, Georgia. China won both the Open and Women’s events. The event has been played every two years since 1972. 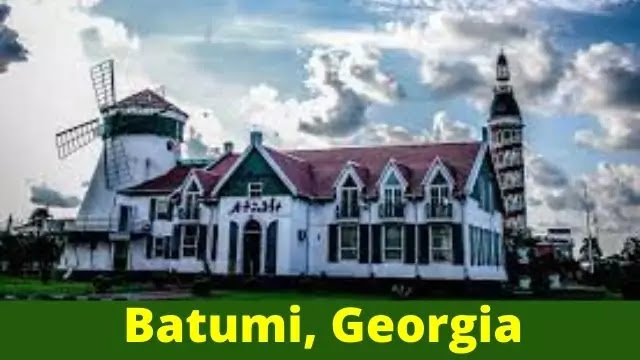 However, in 2020, the year it was planned for Minsk, Russia, a pandemic struck, with the massive participation being logistically impractical. An Online Olympiad was held instead, with the most unlikely outcome as Russia and India were declared joint gold medal winners due to internet problems that impacted the final.

The online Olympiad was held in 2021 during the Worldwide pandemic. The new, all-inclusive Olympiad was put off and given to Moscow. The conflict in Ukraine has forced FIDE to shift the event back to another date.

World Chess Federation (FIDE) was intrigued by the event’s success to stage a second Online Olympiad in 2021, in which Russia came out clear first, just ahead of the USA (silver) along with India (bronze). However, it was not as thrilling as the chess festival that saw hundreds of nations from around the globe gathered at one location.

2022 Olympiad was initially granted to Belarus but was later transferred to Russia, after which, following Russia’s war against Ukraine, it was relocated to India. However, we hope that we have to hope that the 2022 Olympiad will be like the Olympiads usually are -celebrating the diversity and the chess world’s community. Chennai could be a fantastic location.

ANS: The Olympiads were held occasionally every year and regularly up to World War II; since 1950, they’ve been held often every two years.

Q 2. When was the last Chess Olympiad?

Q 3. How do you register for FIDE chess?

ANS: The tournament must have been registered with FIDE and includes additional rules to obtain a FIDE rating. According to the information posted on FIDE’s Facebook pages for the competition, the player who registers must have an average rating of 600 before participating. Participants have to join the USCF and then compete in tournaments to be rated.

ANS: Every Olympic game is a test of physical ability. Chess is a test for mental abilities. Therefore, Chess is a sport with its contests, separate from sports.

ANS: It is also important to note that the U.S. Olympic Committee (USOC) also denies Chess as a game. The requirement for random or compulsory testing for drugs is not permitted at any USCF-rated event. The USCF’s FIDE representatives are required to oppose the practice of testing for drugs in any chess tournament or game.

Q 6. How often is Chess Olympiad?

ANS: Every two years, starting with it was 1950 that the Dubrovnik Olympiad (where the famous Dubrovnik design for chess sets was first introduced) The Olympiad has been played every two years.

Q 7. How many countries are in Chess Olympiad?

ANS: What is the Olympiad? It is held every two years. The Olympiad will see the extremely competitive game of chess transform into a team sport that sees over 200 nations battle to be the best.

ANS: India was declared joint gold medal winners at the Chess Olympiad after a dramatic and controversial finish to the final match against Russia. FIDE is, the international chess association announced an official announcement explaining the decision would be made public shortly.

ANS: Chess has not been able to earn an appearance in the Olympics despite it being among the most popular games played across the globe. The world’s leading organization, the International Chess Federation (FIDE) has tried to include it numerous times before, however, with no success.