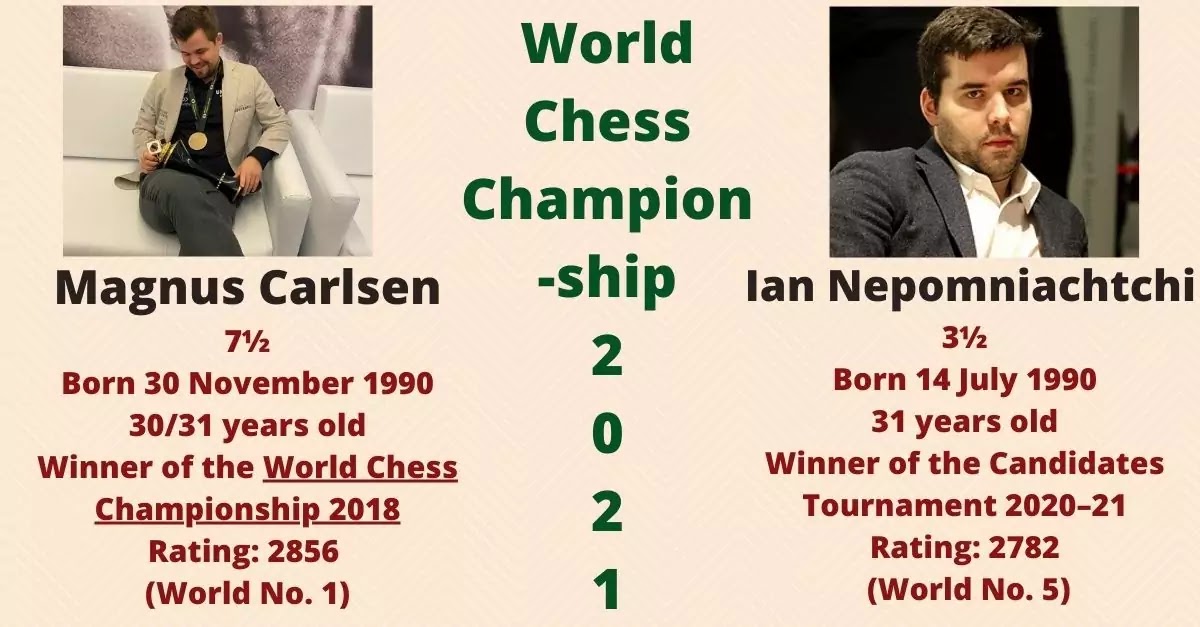 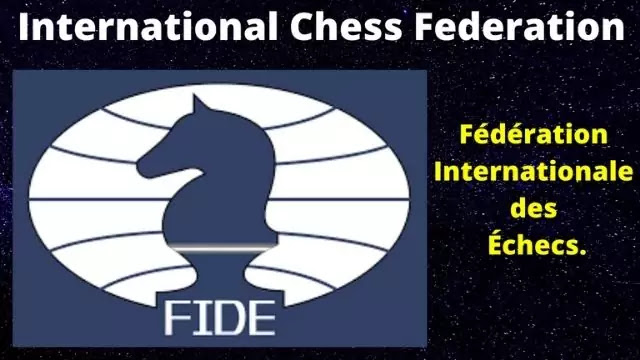 The World Championship was held in the city of Dubai, United Arab Emirates (UAE) from 24 November 2021 to 10 December 2021. The closing ceremony of this tournament was on 12 December. 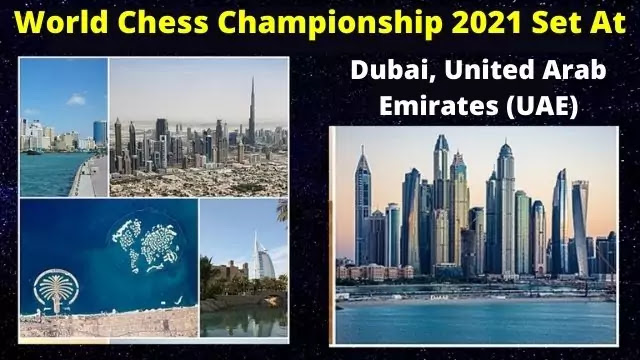 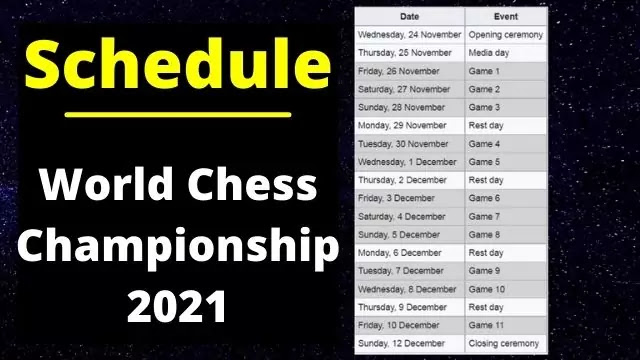 All matches in the tournament started at 16:30 Dubai Local Time (GST), which is 12:30 UTC. On the day of the Opening Ceremony (Wednesday, 24 November) the player playing with white pieces was selected for the first game, giving Nepomniachtchi the opportunity to play with the white piece in the first game. In subsequent games, the colors of the pieces are changed alternately between the two players.

Challenger Ian Nepomniachtchi, who won an eight-player double-round robin tournament  2020-21 in Yekaterinburg city of  Russia, qualified himself to play in the World Chess Championship against Magnus Carlsen.

The tournament was originally scheduled for the middle of the year 2020 from 15 March to 5 April, but due to the covid pandemic, the tournament was halted at the halfway point on 26 March 2020. The second half of this tournament was played from 19 April to 27 April 2021, also in Yekaterinburg.

Ian Nepomniachtchi lost the World Chess Championship 2021 but has pre-qualified for next year’s 2022 Candidates Tournament as runner-up and can challenge Carlsen once again.

The names of the players who pre-qualified for the eight-player round-robin tournament for the selection of challengers for the next World Chess Championship 2023 are Ian Nepomniachtchi, Firouzja, and Carlson’s former challengers Caruana and Karjakin.

Longest Game In The History

The first 5 games of this tournament were drawn. Carlsen won Game 6 and the match lasted 8 hours, making it the longest game ever in the World Chess Championship with 136 moves.

Game 7 once again ended in a draw. Carlsen won three of the next four games, while one game was drawn again and his rival Napo reclaimed his title of World Champion with three games to spare.

The first 5 matches of this tournament were drawn. Carlsen won Game 6 and the match lasted 8 hours, making it the longest game ever in the history of the World Chess Championship with 136 moves.

When the 11th match of this 14-round World Chess Championship started on Friday 10 December 2021, Magnus Carlsen needed only 1 point to win the title of World Champion. There was a need to score at least half a point to a level so that at least the match was decided in the tie-break but it was only a formality, as everything was going to be decided today.

Carlsen won this match by scoring 7.5 points and won the world title in the 11th round itself. Magnus Carlsen once again retained his title. He did not lose a single game in this tournament. Carlsen won four games and had seven draws. 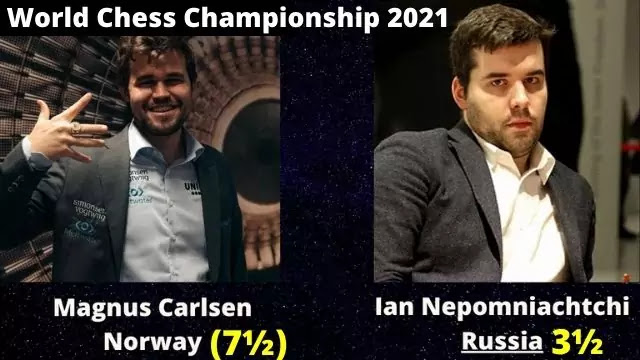 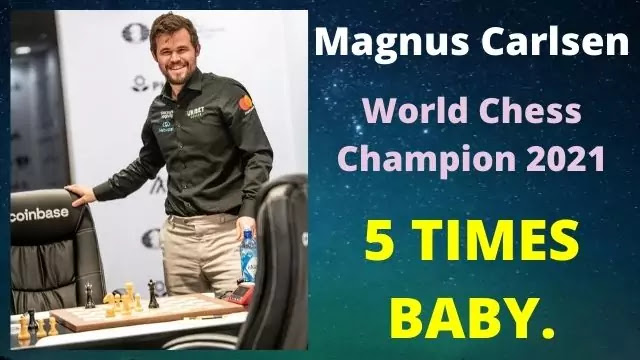 Carlsen has won the world title five times. Will Carlsen win his 6th world title in the coming times or will his world title win be stopped, the future will tell. 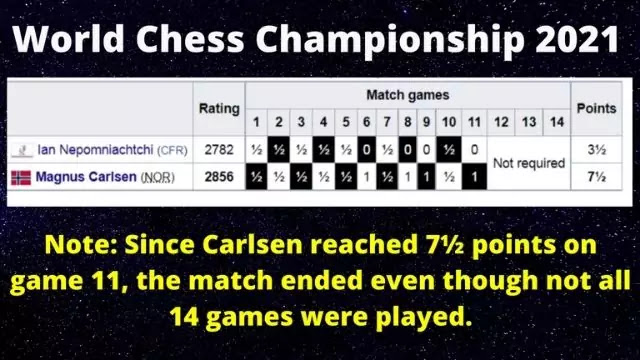 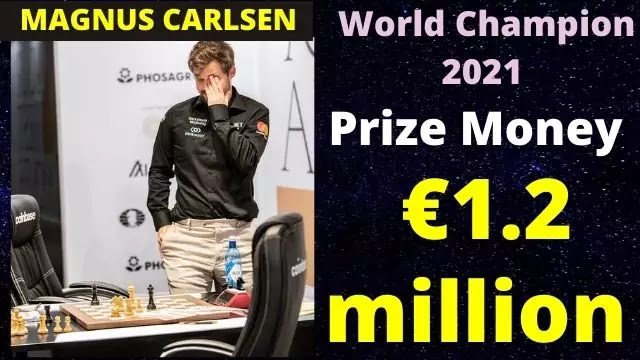 As per regulation, Carlsen, who won the title of world chess champion received €1.2 million (euros) of prize money, While Nepomniachtchi who finished runner-up took home €0.8 million.