Magnus Carlsen Girlfriend 2022>>> Who is a beautiful girl who has managed to win the heart of a unique & Genius person like Carlsen? Who is the girlfriend of the great Magnus Carlsen? In this article, you will be aware of all the information about this cute mystery girl! 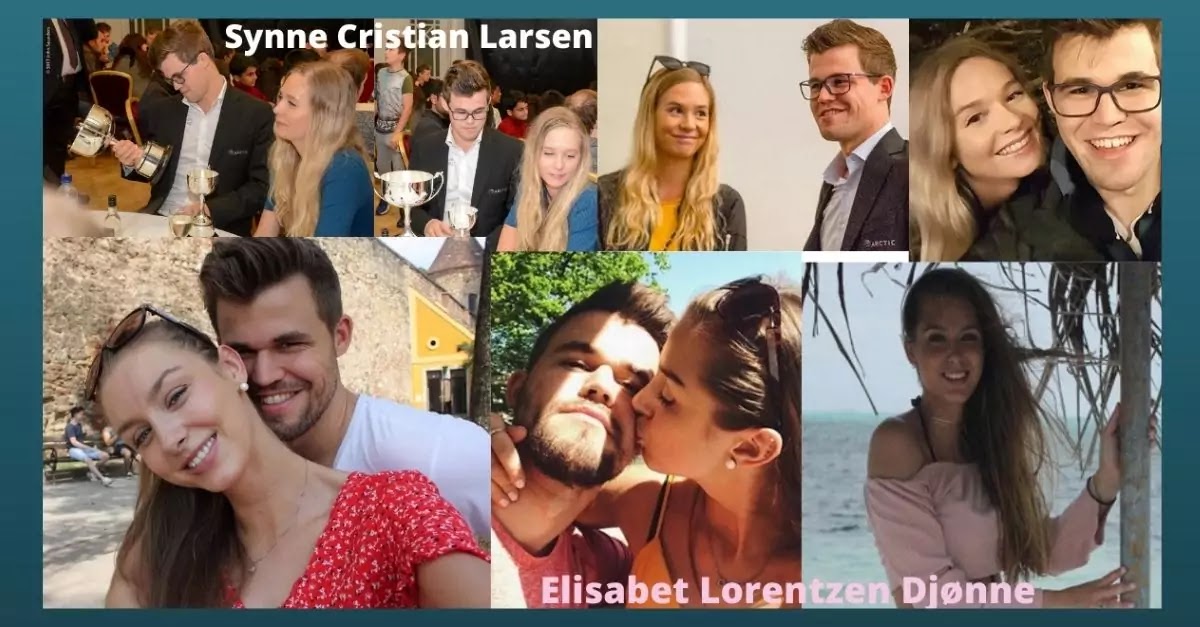 Who Is Magnus Carlsen?

Carlsen achieved a peak rating of 2882 in May 2014 which is the highest in chess history. The chess records made by him are unparalleled. The full name of Magnus Carlsen is Sven Magnus Øen Carlsen, he was born on 30 November 1990 in the Norwegian city of Tnsberg.

NOTE: Are you curious to know about all the stats of Magnus Carlsen’s IQ? If yes, then definitely read this article. Magnus Carlsen IQ

There are only two girls in Magnus Carlsen’s life who have ruled his heart and mind for a long time. Carlsen himself has made the information public about these two beauties. The name of the first is Synne Cristian Larsen, while the second is Elisabet Lorentzen Djønne. 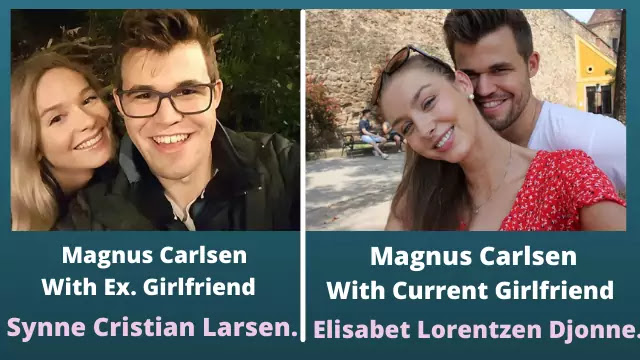 What do you think could be the reason for the tremendous success of Magnus? No one can deny that Magnus Carlsen is rich in tremendous chess talent and unique brain abilities.

But it seems that he has found a beautiful inspirational source other than chess, which keeps inspiring him to win in this dangerous way.

In March 2017, Magnus Carlsen changed the status of his Facebook personal profile, and now it had a picture of a beautiful girl. Her name is Synne Cristian Larsen. 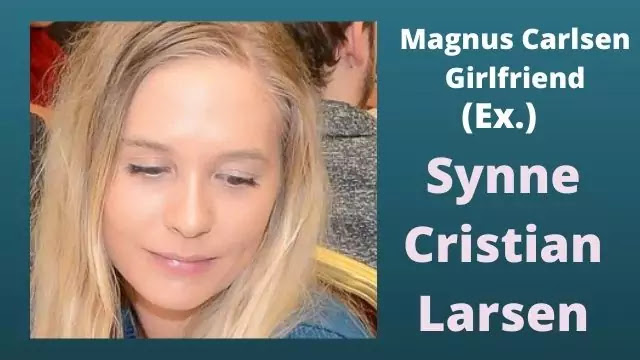 It was very difficult for the chess world to understand just who this girl is? And does he have a girlfriend? After a lot of hard work and research, it is known by some sources that Carlsen and Synne love each other and in a relationship since Valentine’s Day on 14 February 2017.

On July 23, 2017, Carlsen posted a picture of a beautiful girl on his personal Facebook profile page. This was the first incident in Magnus Carlsen’s life when he made a public announcement about his girlfriend and shared her photo on any social media platform. 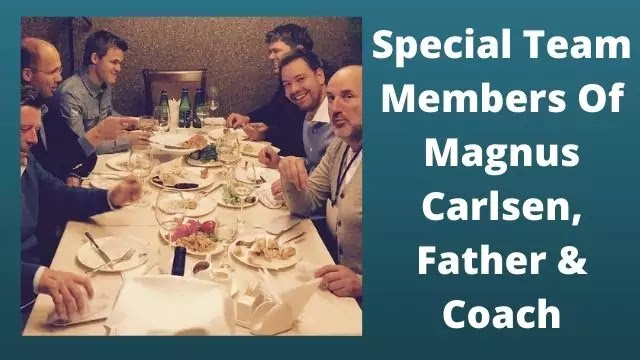 Peter Hein Nielsen is a Danish chess player and combative instructor. He was born on 24 May 1973. He became Grandmaster in 1994. 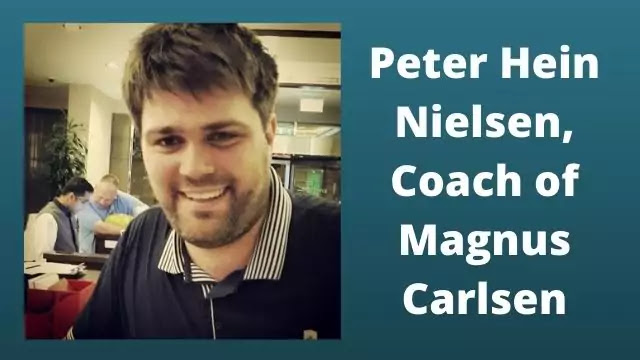 In September 2017, Carlsen participated in the Chess World Cup. Defeated their opponents in the first and second round, reaching the third round where Magnus Carlsen lost to a Chinese GM named Bu Xiangzhi and was eliminated from the tournament.

Magnus was saddened by his defeat in the 2017 Chess World Cup. After this defeat, Magnus Carlsen decided to play in the Isle of Man International tournament from 23 September to 1 October 2017. But this time he made some special changes to his team. In this tournament, Carlsen replaced his father and coach with his girlfriend, Synne Cristian Larsen.

The last game of the Isle of Man International tournament was being played. Magnus Carlsen was here with his girlfriend, Synne Cristian Larsen. Magnus won the tournament along with that game. During the tournament’s closing ceremony, Carlsen thanked his girlfriend for being there and extending her support. There is a general belief in the great world of chess that when a player has a girlfriend, his game is definitely at a disadvantage, except for a few exceptions. But Magnus Carlsen, by his brilliant performance, broke the myth by winning the tournament 6/7.

Not Much Time For Synne

The life of a world chess champion is not like a common man’s. Their life is very busy and stressful. Because you face the strongest opponents in the world and you are spending a lot of hours of chess analysis every day to win the game against them. 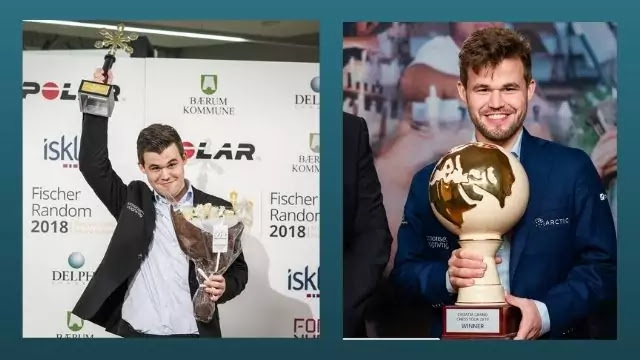 The busy schedule of Magnus Carlsen

Everyone in the world loves you very much. Everyone wants to see you win and everyone always expects you to win! Magnus Carlsen’s every defeat is seen as a big surprise for the chess world. He always needs to win for his fans! Also, to maintain his astronomical rating in all chess formats, he will have to win continuously.

In the year 2019, Carlsen won 8 major tournament titles. He is the World Chess No. 1 player in all formats of the game, along with the World Rapid and Blitz titles. This year he was the world champion in all forms of chess, an unbeaten streak made during the year of his 107 classical games.

In the next few months, due to Magnus becoming too busy, he could not give time to Synne, Due to which the distance between Carlsen and Sinn increased. With this, this great Genius world champion became single again.

Magnus and his girlfriend Synne Cristian Larsen. ended their relationship after dating for almost a year between 2017 and 2018.

Carlsen has not yet revealed the story of his breakup but has confirmed that the love affair between him and Synne is now completely over. When the same question was posed to Synne Larsen, she also declined to comment on the reason for the breakup.

While the whole world was waiting on which day Carlsen would announce his marriage to Synne, it did not happen. This love story came to an end before it became a complete success.

After living alone for almost a year, Magnus Carlsen once again had a beautiful and lovely new girl in his life and filled Carlsen’s life with happiness. Now, He has a cute and lovely girlfriend. Her name is Elisabet Lorentzen Djønne. 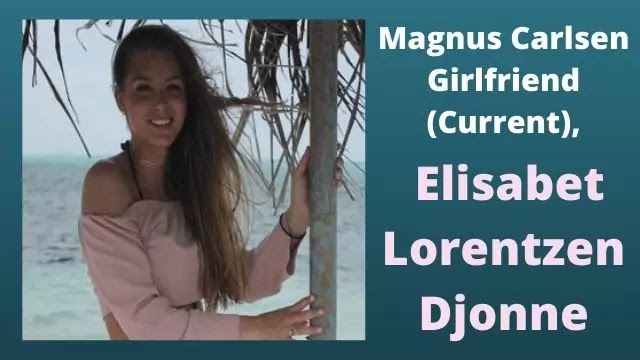 On January 1, 2020, Magnus posted a New Year post on his Instagram account. In this post, Carlsen shared a beautiful picture of him with that sweet girl for the first time public through Instagram.  In this post he wrote, “On and off the board, have a great year for the next one!” 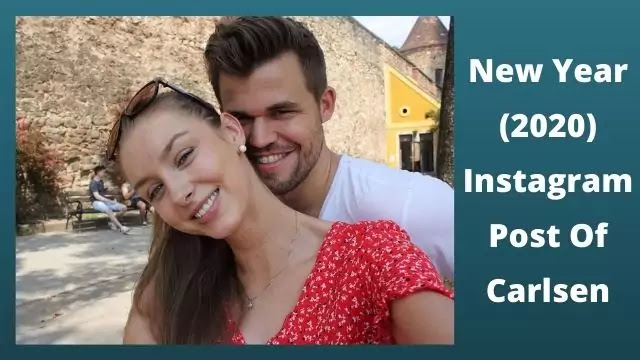 This was the first incident in Magnus Carlsen’s life when he shared a picture of his current beautiful girlfriend publicly with everyone!

Magnus Carlsen fans liked the picture as well as the beautiful pair of the two. The fans were eager to find out who this cute little girl is? We searched for you a lot And after doing some research.

3. She lives in the town of Hardanger, Western Norway.

4. Elisabet studies Criminology at the University of Oslo, Norway.

5. Carlsen and Elisabet have been in a relationship for almost a year.

6. Elisabet posted a cute picture of her and Magnus on her personal Instagram account in which the two lovers were together at the German Zoo.

8. She reached the final 10 in this competition.

9. Elisabet did not manage to win this modeling competition.

10. This Competition being the first appearance of Elisabet, it was an amazing result.

11. She went to the Grenke Chess Classic tournament with Carlsen in April 2019. This was Elisabet’s first visit with Magnus Carlsen.

12. A few days before of tournament Magnus was on vacation with his beautiful girlfriend Elisabet. He posted a video on his Instagram account on 15 April 2019, titled “Playful even when I am not playing”.

13. Elisabet bought a beautiful apartment flat in the city of Oslo in the year 2020.

14. Besides studying the subject of Criminology, she also works at a clothing showroom.

15. She has also spent some of his time in Bali and in Hollywood, California.

16. She is fond of doing charity work.

17. Elisabet has also traveled to India to serve orphans in orphanages.

18. She is a very competitive girl.
19. She feels very happy about taking care of people.
20. Both Magnus and Elisabet have been dating each other for almost 2 years.

Opposite to people’s thinking, this relationship between these two has not negatively affected Magnus’s chess career, but the graph of Magnus Carlsen’s success has improved more than ever. To keep Magnus Carlsen motivated and excited about his game in this way.

We can all give our heartfelt thanks and blessings to this cute girl Elisabet, bringing the best of Carlsen to everyone.  Today it is very difficult to remain excited and motivated in such a way even after Carlsen is on the stage and in chess, that is, wealth, fame, and love of the people.

Today, it seems to the whole world that Elisabet’s association is definitely resolving the issue of inspiration for World Chess Champion Magnus Carlsen.

Is Magnus Carlsen married? On the basis of all known sources, it is quite clear that Magnus Carlsen is unmarried today as of 19.12.2021. Now that they are unmarried, no information about any of the children generated by them is available anywhere. Because of this, it is also very clear that they do not have any kids.

Magnus Carlsen and his ex-girlfriend, Synne Cristian Larsen, ended their relationship after dating for nearly a year between 2017 and 2018. Both Carlsen and Synne have not yet revealed the story of their breakup. Carlsen has confirmed that everything between him and Synne is now completely over. While Synne Larsen also declined to comment on the reasons for the breakup.

Magnus Carlsen is very happy with Elisabet. Along with the fans of Magnus, the whole world is eager to hear the good news of both marriages. May God make this couple successful and always be happy.

Q2. What is IQ of Magnus Carlsen?

ANS: Magnus Carlsen (IQ Score = 190)
World Chess Champion, Magnus Carlsen, who’s the youngest participant to ever be ranked primary. He was personally coached by chess icon Garry Kasparov till 2010. To this point, he has gained 7 chess Oscars and has been considered “the genius who’ll solely get higher.”

ANS: World champion Carlsen let his nice predecessor Garry Kasparov off the hook on the second round of the online Chess9LX tournament when they’re a lot of anticipated conflict, they are first for 16 years, which led to a 55-move draw within the 10-player $150,000 Champions Showdown.

G.M Peter Hein Nielsen is a Danish chess player and combative instructor. He was born on 24 May 1973. He became Grandmaster in the Year 1994.

ANS: Can beat. In chess, Magnus Carlsen can do anything. But one more thing to be seen is the strength of computer operating systems and chess software.

Q6. Is Magnus Carlsen a genius?

Q7. Why did Magnus Carlsen offer a draw?

Magnus Carlsen draws after only 5 moves against Santosh Gujrathi Vidit at the Tata Steel Rapid & Blitz in 2019.

It is a super difficult task, more so in Classical chess. But on the 24th of January, at the 8th round of Tata Steel Masters 2021, Andrey Esipenko became the 1st teenager ever to beat the World Champion Magnus Carlsen in Classical Chess.

After another 2-2 in their second match, GM Anish Giri defeated GM Ian Nepomniachtchi in the playoff to win the Magnus Carlsen

ANS: The longest confirmed unbeaten streak at the elite level belongs to Carlsen, who achieved an unbeaten streak of 125 games in the classical time format. His streak started after a loss on July 31, 2018, in the Biel tournament against Shakhriyar Mamedyarov.

Q11. Who Is Magnus Carlsen’s Girlfriend?

i . Synne Cristian Larsen. She is ex. girlfriend of Magnus Carlsen.

ii. Elisabet Lorentzen Djønne. She is the current girlfriend of Magnus Carlsen.

ANS: Yes, Her name is Elisabet Lorentzen Djønne. She is current girlfriend of Magnus Carlsen.