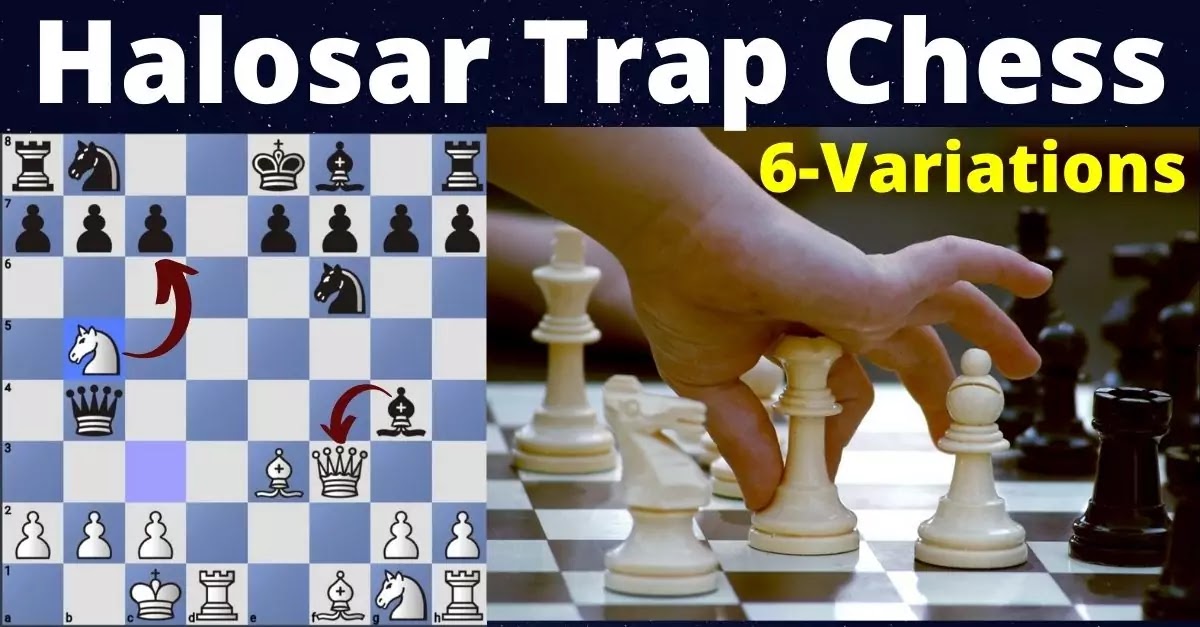 Halosar Trap Chess is derived from the Blackmar–Diemer gambit (BDG). Blackmar Diemar Gambit is an aggressive opening, its most surprising line being that white sacrifices a pawn to develop his pieces. In the BDG, White starts the game on d4 in response to which Black plays d5.

This is one of the most controversial openings, in which White has a tremendous trap for Black, which is called the “Halosar Trap” after the third move (3. Nc3).

White sacrifices his king’s pawn by moving it two squares forward (e4). The most offensive line of this trap is the Ryder Gambit, in which white captures the f3 pawn from its queen, giving the black queen a chance to grab an additional pawn on the d4 square. If Black captures this d4, its probability of falling into the Halosar trap is greatly increased.

When White attacks the Black Queen with Be3, Black is forced to decide where to move his Queen to a safe place. In general, many players will choose the b4 square because it looks like a safe place and also makes it easier to attack the b2 pawn.

This is Halosar Trap in Chess, here black is not concerned about White’s castling, because if White castle, the Black bishop will move to the g4 square and pin the queen to the rook. Black’s thinking here is quite clear, that he is in a 2 pawn lead, and will easily win by taking the tremendous advantage of the rook-bishop exchange. So Black is absolutely sure that, after White observes these results, at all Will not go to Castle.

But white leads the castling, and black pins his queen. This is the move that White wants. Now Nb5 move by White completely surprises Black. Black has lost everything and now no one can stop him from losing this game. Because of the open d file, the Black King is in a very bad position. One check here will lead to Checkmate. In this conflict situation, Black needs to defend himself from this dangerous attack.

In this article, we have also arranged the Halosar Trap Notation for you. Let start —- 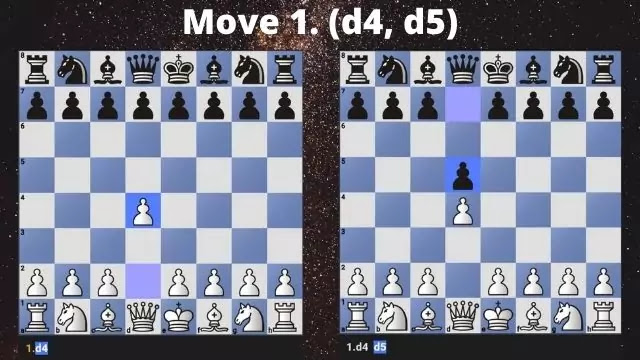 Here White sacrifices his e4 pawn and promotes other pieces. 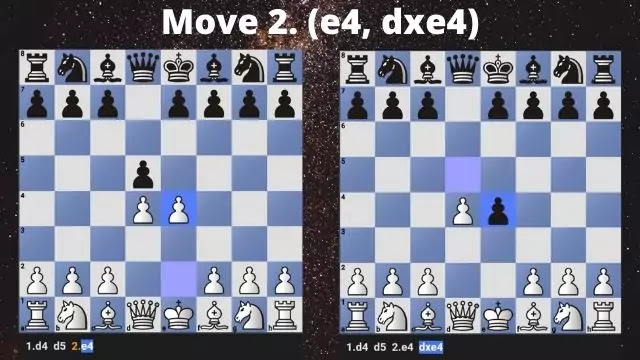 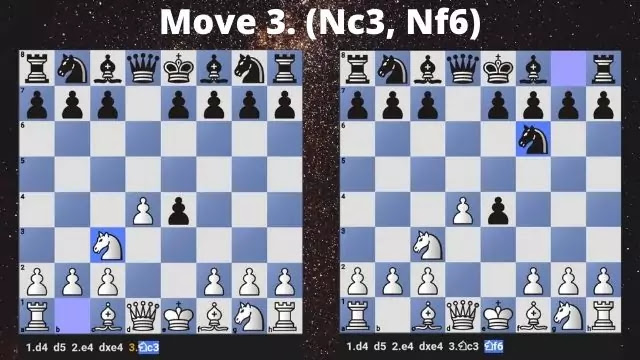 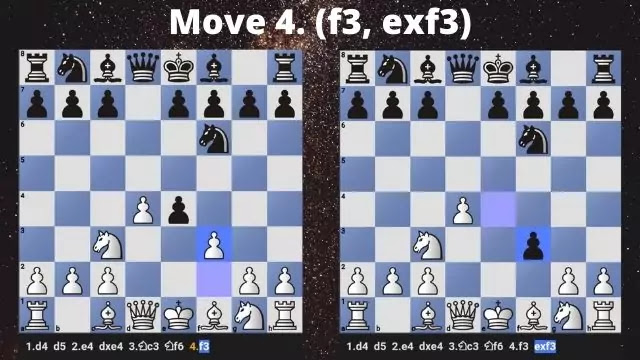 White offered the Ryder Gambit (Qxf3), giving the black queen the advantage of an unprotected d4 pawn of white. Thus Black is now two pawns up than White. 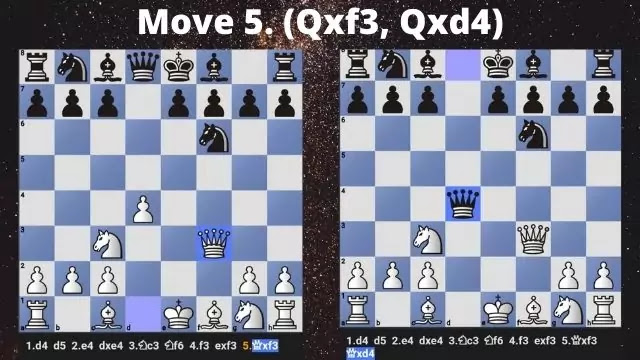 Be3 attacks the black queen, so the queen has to run away. Now the black queen is looking for a safe square (Qb4) from which to attack an unprotected piece.

Both players know that if White’s castle is queen-side, after casting, the rook will move to d1. Then of course black will play Bg4 and can earn a rook of white in exchange for his bishop.

Black is actually 2 pawns more, and with the rook-bishop exchange, he can certainly win the game easily. Black also thinks that White won’t go to Castling at all after knowing these results. 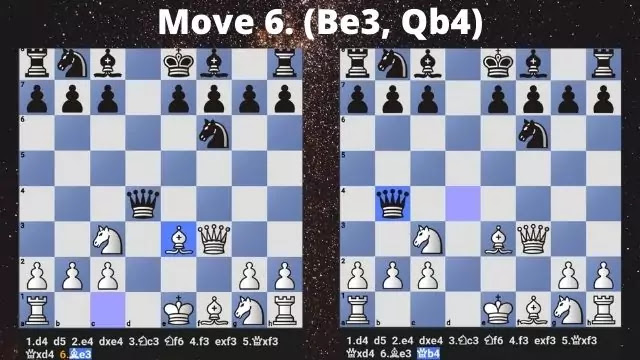 Because of the open d file, Black King is completely closed. Any check will complete the checkmate. 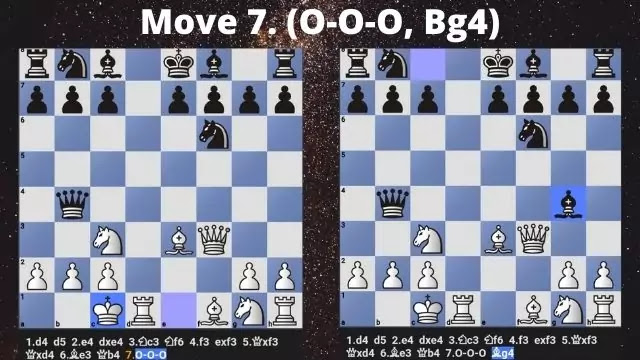 There are mainly 6 variations in Halosar Trap, which are as follows—

In this variation, Black in his eighth move captures the White queen in the f3 square by his bishop, in response, White checkmate Black by capturing the c7 pawn from his knight.

Now black has to find a way to avoid this attack. If the black bishop captures the white queen, the game is over on the next move. 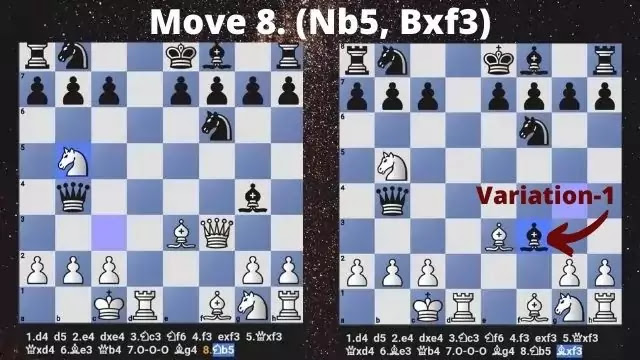 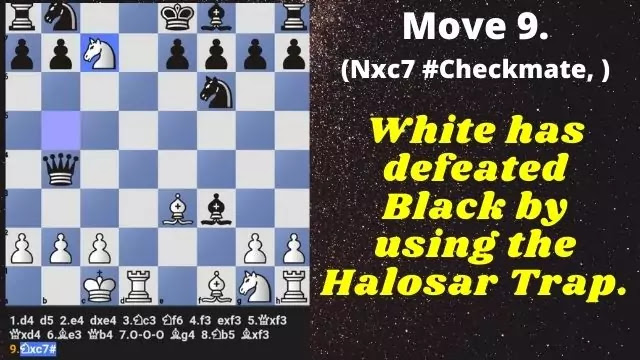 Assuming your Black opponent is smart, he will not at all capture the White Queen in the f3 square on his eighth move by the bishop, instead Black will open the square for his king to escape. But despite this effort, Black still cannot stop his checkmate. In this variation, White uses his Black bishop to checkmate Black’s. Following are the related moves- 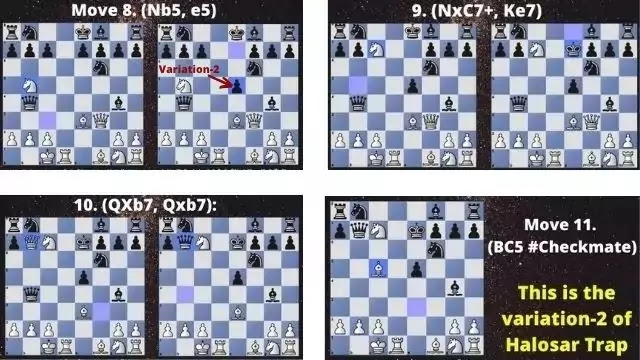 The Most Aggressive Chess Opening (Variation-3)

Black also has a possibility in the eighth move to support his c7 pawn by placing his knight on the a6 square. In this case, the white will capture the b7 pawn from his queen. In this variation, White uses his Queen and Knight to checkmate Black’s. Following are the related moves- 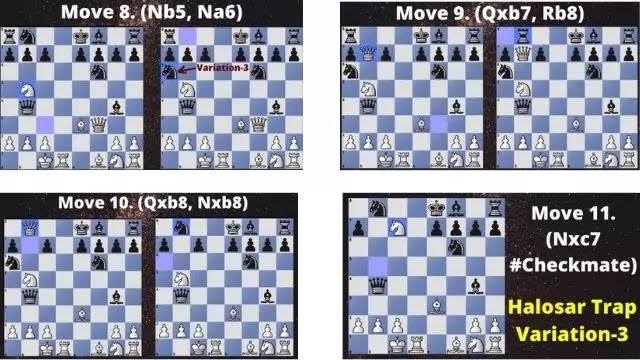 Another possibility for Black to avoid this problem in the ninth move is to support his c7 pawn by placing his rook on the c8 square. In this case, white will capture this knight from his queen. If the black bishop captures the white rook, then the white checkmate of black by capturing the c8 rook from his queen. Following are the related moves- 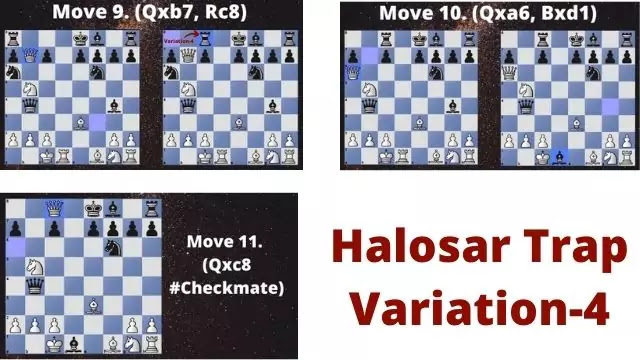 Another possibility for Black to avoid this attack in the ninth move is to support his rook by placing his queen on the e4 square. In this case, white will capture the black knight present on the a6 square from its queen. Now the black queen captures the white bishop on the e3 square, a check position for white. Finally, white ends the game by capturing the c8 rook from its queen. Following are the related moves– 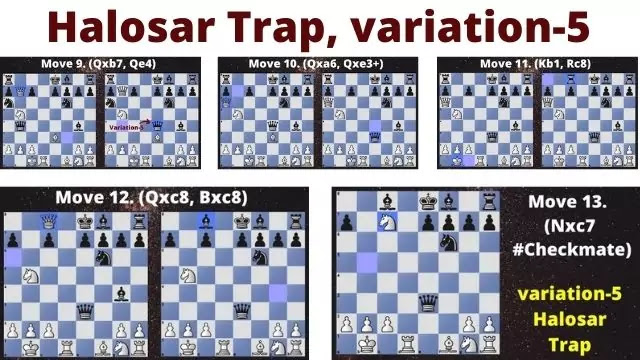 This is the final variation of the Halosar Trap, in which black supports his c7 pawn by placing his queen on the c5 square. In such a situation, the black brings his bishop in the middle to avoid the check of the white bishop. Whereas white ends this game by capturing the c8 rook from its queen, as black’s bishop is the pinned. Following are the related moves- 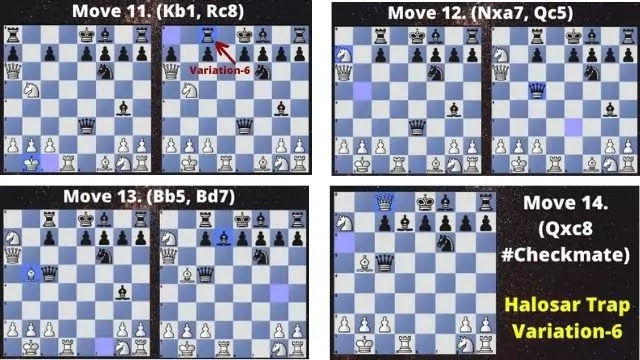 If you feel the need for Halosar Trap pdf then you can contact me, welcome to the contact us box.